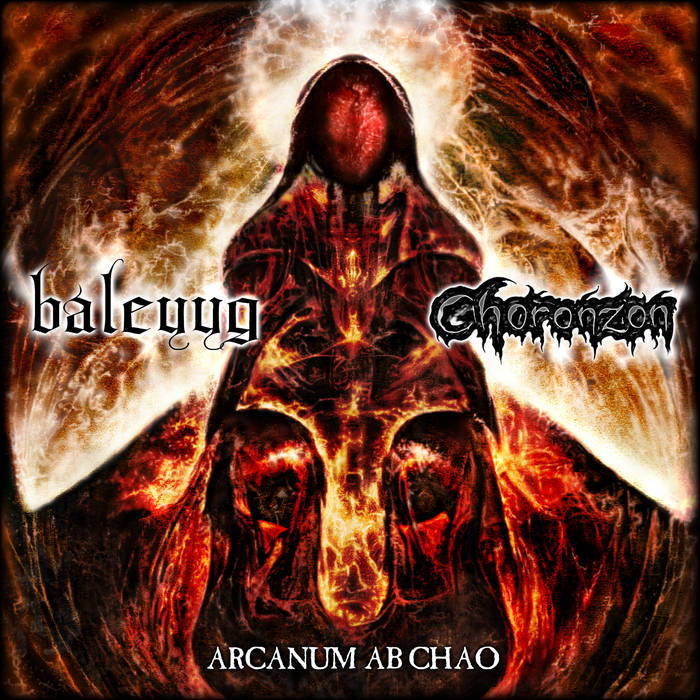 Arcanum \är-ˈkā-nəm\ 1 : mysterious or specialized knowledge, language, or information accessible or possessed only by the initiate 2 : elixir 3 : secret

Chao \ˈkā-ˌä\ 1 : complete confusion and disorder : a state in which behavior and events are not controlled by anything, a state of things in which chance is supreme; especially : the confused unorganized state of primordial matter before the creation of distinct forms — the state of the universe before there was any order and before stars and planets were formed
b : the inherent unpredictability in the behavior of a complex natural system (as the atmosphere, boiling water, or the beating heart) c : a confused mass or mixture <a chaos of television antennas>

From before and outside time as pure potential, manifest beneath and througout every phenomenon of existence and the medium that only through which any action being is possible. What is encoded within these sounds is hidden from those who have no direct experience in working the current of chaos, but for the initiated, the keys to the mysteries are extended with a generous proffering hand. With Arcanum Ab Chao, Baleyyg and Choronzon come together to open up a sonic space that clears away the veneer of control to show the chaos of destruction and creation hid within. Fans of Choronzon will remember the arcane and intense material Baleyyg contributed to the 2012 Choronzon release ///Consummation//\\ Metanoia\\\.

"For this split-release with Choronzon we have provided 1 monolithic track, 35 minutes in length, titled 'Stemmeløse'." states Baleyyg, "The translation of this word from Norwegian into English means 'Voiceless'. We have never attempted to define or render any sort of explanation of the sonic narratives within Baleyyg material. The inner-secret to the experience is to let oneself follow the sound-art where it shall lead, one shall know when the portals open and are 'activated' when the many other layers and hidden elements within the track come into "view" as one experiences it."

"We have done very few split releases through the years", says Choronzon chaote P. Emerson williams, "but when we do we see it as a way of combining with artists to create a work that in total is more than a sum of its parts. Arcanum Ab Chao continues this practice and takes it further."