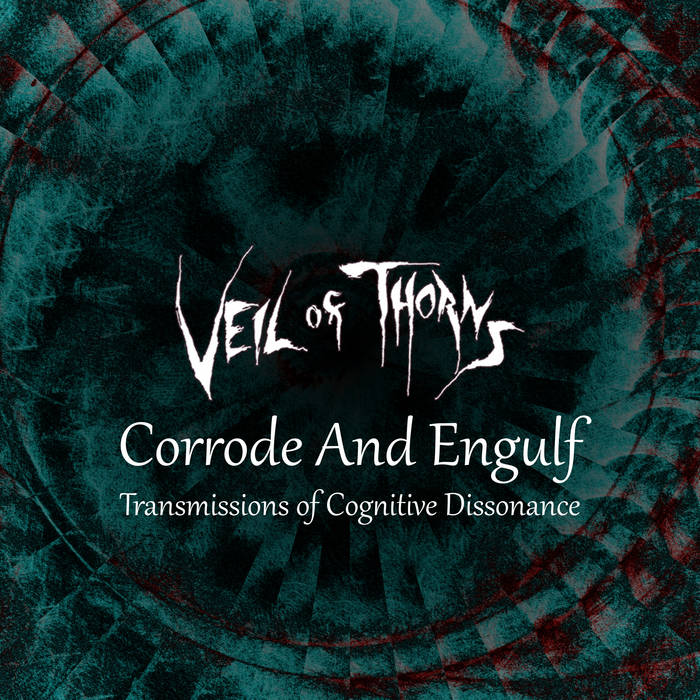 This represents the first to final chapter and transmission of the Cognitive Dissonance process. Between things I'm bound by blood oaths not to talk about, extensive research into rhizomatic consciousness, chaos theory, extreme esoteric number manipulation and viral linguistics these extended tracks forced themselves out of me. I had some radio signals coming through the guitar as I laid down the tracks, and I made liberal use of them here.

A ton of creative output had been gathering momentum, and dissemination has been an afterthought, though I came to see that aspect becoming part of the creative flow. Further dissection of the sounds. In keeping with the original intent, I'm going to limit the final production notes to a bare outline of the process that got us here and convey gratitude to those of you who followed and added to the conversation.

The first thought I had at the outset was to track a simple album with a classic trio sound. I've done well with that, except for the added melody line at the beginning of the first track. Then a few stray ideas took root and grew into strange mutant entities. Major revamps, rethinks and re-visions, then sounds, images and artifacts suggested ever more forms and eventually, narrative, albeit of the surreal sort. With the album itself I took a very direct and raw approach. I was going for a feeling and a story, and these are my sketches.

Cognitive Dissonance was a working title that became the final title, for the name fed the blossoming idea that tied the album together. A story that encompassed a vision split in four directions, a juxtaposition and melding together of the points of view of of same world/ two views, two worlds, same character observing and acting in them. The central idea is of a cognitive dissonance between first appearances and a closer look.

I recorded all the music, and then came up with the song titles. I decided the order according to how the titles felt. Then I wrote a short story starting from a cutup of the titles. I expanded that and took the lyrics from that. I think my machines freaked out and became possessed in the process. I had some radio signals coming through the guitar as I laid down the tracks, and I made liberal use of them. While I continued to track the album I released several transmissions. I thought I'd make the various stage escapes into their own entities, as opposed to a few stray mp3's.

Unlike the album itself, I layered, layered the layers and added extra layers to boot. I tried something different in the first, and with the help of the fine folks at librivox.org, I added spoken word from readings of public domain classics. We're hearing mostly Flaubert, Coleridge and Emily Dickinson.

Transmision II I made from the bass tracks from the album. Mostly you're hearing one track of bass with no layers but the real-time FX, though there are a couple points where the cello creeps in. A few inexplicable voices emerged that weren't recorded by me. If it fits as a soundtrack for your daily experience, I want to hear the story. throw these out of my head in quick bouts between working on two movies, my own moving image projects, not included, three comics, (not telling yet), and a sum total of five albums of various styles at different points of production.

Along with the sound transmissions, the lyrics were extending into stories. The lyrics to most songs I'd done so far were dreamlike fragments of one continuous tale. I wanted to bring some of the underlying structure into focus. At the same time I listened to others stories. I was especially interested to hear some apocalyptic tales. Ragnarok, Armageddon, the end of one life and the beginning of another. The death of the ego, the body, a belief. The hearing became expression, and the telling of the tale that resulted was an embodiment of experience.