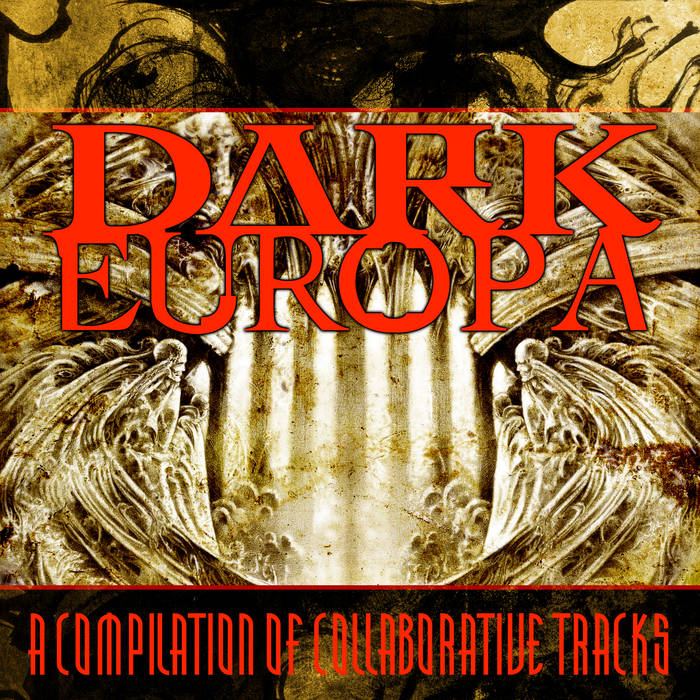 Tonttufindergeneral Honored to be part of this, kudos.

This compilation was born through the love for cooperation and collaboration between various musicians from across Europe (and beyond). It took some time to gather them all together, but the final product was worth the wait. This release contains many different styles in varying degrees of darkness. Enjoy your sonic journey through DARK EUROPA!

Allerseelen has been active in the industrial & apocalyptic folk genres since 1988. The music is a combination of industrial & folkloristic elements. Band leader Gerhard Hallstatt has worked with many guest musicians & vocalists to expand the sound of Allerseelen over the years.

Chaos Research is a neo-classical darkwave duo from Finland. The bands’ 4th album was released in February 2018.

Choronzon is not an "occult themed" project. It IS the thing, it is not merely about it, or influenced by it. That which was open will close, that which was shut down will open out. Prediction is futile. Give up. But "give up" properly... "Those
who know don't tell. Those who tell don't know."

“Try as I might, I can’t come up with anything. To pigeonhole you in 280 characters…I just can’t do it. “

Jurica Jelić is a vocalist, composer and multi-instrumentalist from Croatia. He played in the band “The Alibor”, played live with the band “Vještice”, created film and theatre scores with Srdjan Sacher and produced/recorded albums for various bands & artists.

Love The Ghost [IT]

Miel Noir is the project of Dimo Dimov (Svarrogh, Allerseelen, Sturmpercht…) and Marcel P. (Allerseelen, Sagittarius, Fahl…). They cover a wide variety of styles ranging from Neoclassic and Dark Ambient to Gothic Rock as well as Industrial, Electro-EBM and Avantgarde Pop.

Necrofuturist Highwire Artist. Every person known to be connected with this demon in human form has been beset by madness and disaster. Those who dare speak may point to the few who survive his acquaintance who to all appearances retain the manner of sanity and ascend to massive power.

snowW.Wwhite is the only martial female solo project known to exist world-wide and based in Greater London. Playful melodies with martial drums, choral sounds and industrial dark undertones are the trademarks of snowW.Wwhite.

TONTTU is dedicated to the eradication of Gnomes worldwide. Music should be made by these rules as follows:

Gnomes will get offensive and aggressive as they listen to it, sympathizers shall run for their lives and seek cover...

Veil Of Thorns [NO]

Veil of Thorns is an ever evolving concept born of the fevered brain of P. Emerson Williams. Among the growing list of collaborators one can find authors, actors and musicians of many genres, reflecting the scope of what P. Emerson
Williams calls Necrofuturist art.

Winterhart is the project of the two Dance or Die members Falgalas & Wagner who have recently re-formed DoD under the name Darkness on Demand. Winterhart is inspired by Neofolk and Martial Industrial sounds and historic themes such as the rise and fall of great civilizations.