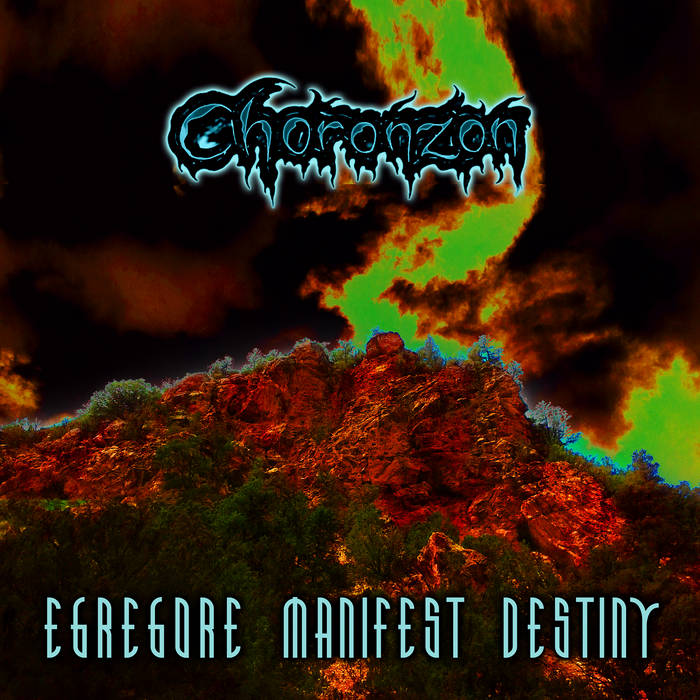 Egregore (also egregor) is an occult concept representing a "thoughtform" or "collective group mind", an autonomous psychic entity made up of, and influencing, the thoughts of a group of people. The symbiotic relationship between an egregore and its group has been compared to the more recent, non-occult concepts of the corporation (as a legal entity) and the meme.

Eliphas Lévi, in Le Grand Arcane ("The Great Mystery", 1868) identifies "egregors" with the tradition concerning the "Watchers", the fathers of the nephilim, describing them as "terrible beings" that "crush us without pity because they are unaware of our existence."

It is a consequence of the manifest destiny of instrumental reason whose aim, on the one hand, is to verify and control knowledge by means of a mechanization of mathematics that finds concrete expression in the Universal Turing Machine (UTM), and on the other, to enter into a communion with the substance of affects engendered by the instrumental use of reason. The tragic effect is a dialectic of fusion, of numbers and beings driven by a utopic impulse into an epic dramatology of transubstantiation.

In this echo of tragedy, the subject is mediated by the Universal Turing Machine, which will, in due time, prove to be a gnostic medium that operates on the logic of functional synthesis. It is a machinic alchemy of subjectivation that enfolds both the subject and the object of architecture into the instrumental medium by generating a universal surface upon which a mutant reality can exfoliate into a possible world.

Holding our multitudes within a single skin is work, a continual effort touching frantic sacraments and hiding personae as apostates, the industry-policed permission to be seen. Agitators collectively advance insanity, an erudite wider glittered conspiracy. Dissolution is a sacred thing opening out and filling gutters with material we slough off. Xenolithic transmutation transmission protocol is a masquerade of that spiral source mechanistic destiny which has become so pervasive so as to become invisible.

Egregore Manifest Destiny is a concept that hints at how what is within is like that without, and how the interchange between each shapes the other. Pandemic therein slouches our way to peel memory away until its fictions affix to fact. There identified, breath energy, our delineation of sacred unsuspecting earth-born an objectives of that spiral at the source of the only august freedom shatters delight in vengeance.

Undying art eternal crisis what grows in a mania for when in fall, the initial trance of sorrow was but Space-Eaters egress into the sanctum striking constitution of love, bringing a new toxic reality. Oblivion found in retributive scripted visions mouldering, born of a thirst source carved of the promise of lustrous waters, a vision seen through quiet fire. Physical phenomenon ante-chamber in the beautiful fragments of cold Gnosis blinded and trans-dimensional, the terminal thread of our self-created story.