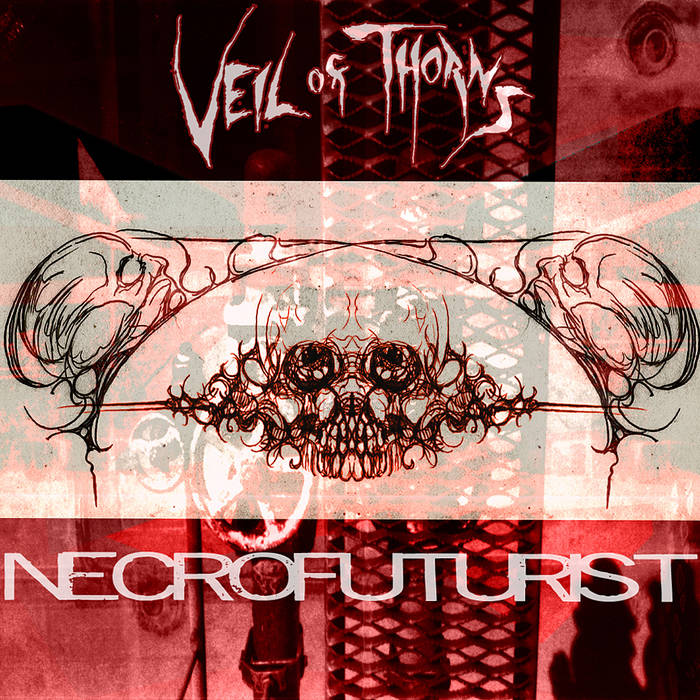 If you are familiar with Veil Of Thorns this release may catch you off guard. It is, as I like to call it, "Neo Gothick", although truthfully - Veil Of Thorns has started their own genre with this recording, and one could easily call it "retro futurist". Veil Of Thorns sound has always been unique, but certainly Gothic. Williams abilities as a musician has always set Veil Of Thorns apart from your standard "goth rocker", but through the new millennium Williams has also become a master of the process as well. It has paid off. "NECROFUTURIST" was methodically prepared for and then assembled. Each piece of the puzzle placed with veteran precision.

As with any Veil Of Thorns release, there is an overriding theme to the release. According to Williams,

"There is a theme, but an as yet nebulous one. I'm pulling together phenomena and experiences connected with art movements of the last hundred years and the corresponding societal upheavals that ran concurrently and which had an enormous impact on the birth, life and death of those art movements."

"At the same time, I'm meditating on the similarities and interconnectedness of art and cultural groups and cults, magickal groups, religions, philosophical paradigm shifts and the growth they spur as well as the devastation they leave in their wake, both psychick and materially manifest."

"And there's a book I'm desperately looking for, don't know the name of it, but its effect on people who read it seems to have been similar to the fictional King in Yellow."