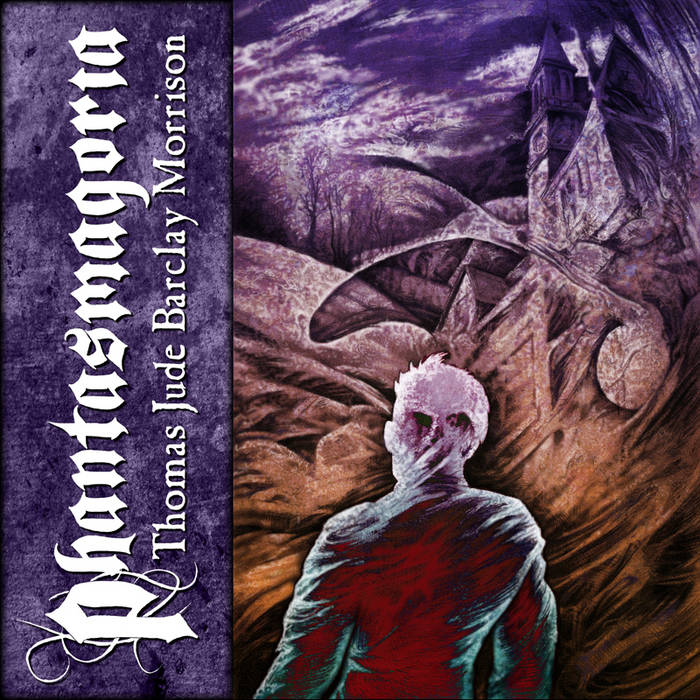 Come explore this brand new recording of these haunting stories by their author.

Phantasmagoria – the first book by Thomas Jude Barclay Morrison – is a collection of weird fiction/gothic horror stories that tell of doppelgängers, clockwork zombies, parasitic demons, angels of pestilence, blood sacrifice, black magic, and a variety of labyrinthine underworlds and their phantasmal denizens, from the spectral inmates of a Victorian lunatic asylum to the prisoners of the ancient library whose books record all of human experience. Besides the more usual weird/gothic influences – Lovecraft, Poe, Robert W. Chambers, etc. – Phantasmagoria is also influenced by a diverse array of writers and storytellers from outside the genre, including Jorge Luis Borges, Mervyn Peake, Kafka, Dickens, Daniel Defoe, Greek and Gnostic mythology, Faustian blues legend, and even Michel Foucault and Jeremy Bentham.

The Phantasmagoria stories were written for P. Emerson Williams' Necrofuturist Transmission, on Nottingham's Nightbreed Radio, for which they were narrated and recorded by Thomas himself, and where they featured between 2012 and 2014 – the audiobook on offer here is the culmination of those recordings. Later in 2015, Phantasmagoria will be published by Panicmachine as a book illustrated by P. Emerson Williams, who designed and drew the audiobook's cover, and whose work has recently featured, amongst other places, in Bedlam Stories by Pearry Teo and Christine Converse, and on the covers of In Noctus Sol and Night Horses by Nathan Neuharth.

Give youself the pleasure of being drawn into the the disturbing world of Thomas Jude Barclay Morrison's writing and spoken word incantations. It is a thrill for us to be granted permission to offer this incredible collection to you.

The download comes with a printer- ready PDF of the stories.

A resident of the bucolic Pennines in England, Mr. Morrison is a prolific writer of fiction and essays, a polymathic musician-singer-songwriter, a dedicated botherer of dolphins, an accomplished Godzilla haikuist, a pious chronicler of alchemical legerdemain, and a heterodoxically inclined expert on the history of the arcane and occult. - The Lovecraft News Network

Explore the genius of Thomas Jude Barclay Morrison further at: