from The Last Dream by P. Emerson Williams 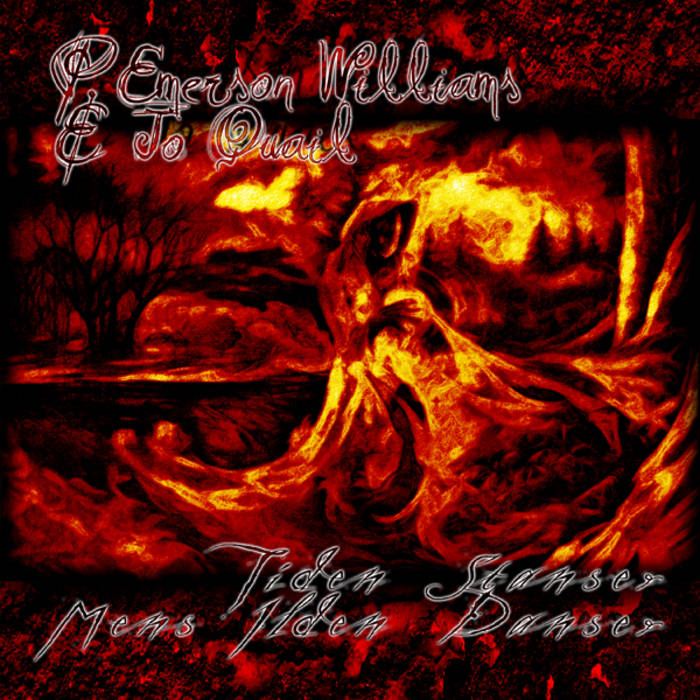 Jo Quail is a cellist and composer of instrumental music. Resident in London, Jo’s live performances have mesmerised and delighted audiences in the UK, Europe, Australia, New Zealand, South Africa and Japan.

Jo continues to tour her debut solo album “From The Sea”, which musically travels a complex path from meditative ambience to dark brooding urgency. In her live solo performance, Jo plays an electric cello and uses electronics to combine atonality with rich orchestration and deft percussive sounds to produce ‘majestic soundscapes’.

When performing Jo plays entirely live, with no pre-recorded elements, using her cello, effects and loop station to build layers of sound into unique and powerfully structured pieces of audio alchemy.

Jo’s EP “The Pilbara” is a commissioned piece of sound art for the cultural organisation FORM, which explores the diverse landscape of the Pilbara region of Western Australia.

Recently Jo presented a unique interpretation of ‘From The Sea’, along with the first live performance of ‘The Pilbara’ in full, at St Leonard’s Church in London. For this ‘one off’ evening she was joined by some special friends to perform with her including Roger O’Donnell (The Cure), Matt Howden (Sieben) and Will Connor (Vultures Quartet).

Currently Jo is spending time in the studio arranging and recording her eagerly awaited second album which will include material debuted live over recent months to rapturous reception.

P. Emerson Williams is a multi-media artist delving in music, art, writing, and video. He is also the driving force behind Choronzon and Veil Of Thorns, and is half of the core duo along with Tor-Helge Skei behind kkoagulaa. More people listen to the sounds of P. Emerson Williams every day than realize it. A visionary artist and an illustrator, his work takes projects spanning physical and digital media, genres and modes of performance to strange realms. With Choronzon, Williams straddles the worlds of industrial music and black metal, electronic dance to dark Americana to pure goth with Veil of Thorns as well as adding elements of his sonic alchemy as a spice to projects with Sleep Chamber, Manes and more extensively as half of the creative core of kkoagulaa with cern.th.skei from Manes. Upcoming collaborations include playing cello on UK black metal band Ethernal's upcoming third album and subverting the nature of guitar playing with industrial noise merchants Dead Skull.

Most recently P. Emerson Williams contributed art and guitars to Lethe, a project that unites Tor-Helge Skei from Norwegian avant-garde/black metal band Manes and Anna Murphy from Eluveitie. Williams contributed to the music with his percussive guitar style and keys as well as all the art for the CD/LP release.

Lethe is a metal/triphop/electronic/pop/experimental (?) project featuring Tor-Helge Skei and Anna Murphy, plus close collaborator Eivind Fjøseide, as well as a long list of external contributors.. The band was started in the end of 2012, as a 'home' for Anna and Tor-Helge's musical and artistic experiments, and right from the beginning, the main rule has been that there are no rules, no expectations, no compromises.. The band has been categorized as a lot of things, genre-bending, style-bastardization, ecclectic, and even just weird, but even if experimentalism and fuck-all-rules is an important factor, the band is not afraid to incorporate melody and catchiness into the music. Lethe is something unique, something personal and quite 'different'... Lyrically and conceptually, Lethe is like a journey through the 'back alleys of the human mind/psyche', through dreams and nightmares, paranoia, mental breakdown, inner darkness.. No religion, fantasy, or pretend play.. Real life, real experiences, real horror..

Continuing in a visual vein, P. Emerson Williams is part of the creative team on the wonderland of horror that is Bedlam Stories, which is an extensive franchise created by film director Pearry Teo (The Gene Generation, Witchville, Necromentia and the upcoming Dracula: The Dark Prince with Jon Voight) for which Williams created illustrations and design elements for Bedlam Stories: The Battle for Oz and Wonderland Begins, Vol. 1, the first novel in the series and is already creating illustrations for upcoming novels and art books for Bedlam Stories.

Dorothy and Alice are now inmates in Bedlam Asylum, as their imaginative worlds become destroyed as they are subjected to cruel treatments and experimentations by Doctor Braun as he seeks to tap into the powers of the young girls.

The story is centered around Nellie Bly, who is an actual reporter who lived in the 1920s. She was a ground-breaking reporter known for a record-breaking trip around the world in emulation of Jules Verne's character Phileas Fogg, and an exposé in which she faked insanity to study a mental institution from within. In addition to her writing, she was also an industrialist and charity worker.

"There is something dark about Alice in Wonderland and the Wizard of Oz worlds. Ever since I was a young kid, I was tethering on the edge of pure wonder and terror" Pearry Teo is quoted. "While I enjoyed each franchise immensely, there was something within me that felt something darker lurked within both these worlds and the minds of their creators. Bedlam Stories, in effect, is about me sharing these fears"

Writing a script with Nicole Jones that turned into a book, Bedlam Stories is gaining exposure from the ferocious marketing of it's fans. Now with an app development deal for the iOS and Android market, the franchise is growing and sharing it's dark and horrific vision with the world.

As a core member of UK theatrical company FoolishPeople, P. Emerson Williams took on many roles in London produtions of The Basement - Ward 12 – in partnership with Secret Cinema, The Providence Experiments – co-produced with Mythos Media, A Red Threatening Sky, The Abattoir Pages – presented with Guerilla Zoo, Cirxus, and Terra:Extremitas, performed at Amsterdam's NDSM-werf. These roles includes creating a score for choreographer Johan Stjernholm as part of the production A Red Threatening Sky and a solo musical performance at the famed Horse Hospital in London, creation of soundscapes and scores for every production on which he worked, as well as set and graphic design and on top of all this, Williams was in the cast as both voice actor and live actor.

With Veil of Thorns, P. Emerson Williams has shared the stage with Cruxshadows, Clan Of Xymox, This Ascension, One Of Us and many more. P. Emerson Williams is the host of the Necrofuturist Transmission on Nottingham's Nightbreed Radio, was the editor and producer for Music Tuesdays on Alterati.com, and art director for Weaponized, the publishing imprint of FoolishPeople. Articles and reviews by P. Emerson Williams can be read online at Terrorizer.com, ModernMythology.net, Disinfo.com and www.intravenousmag.co.uk. He is also a visual artist whose work has graced book covers and interiors for Original Falcon, Weaponized and Westgate Press, the pages of magazines including Culture Asylum, Isten 'zine, Ghastly, and Esoterra , album and CD covers for Rat King, Primordial, Katatonia, Misanthropy Records, Veil of Thorns, Choronzon and kkoagulaa.

"Given P. Emerson Williams extensive track record of cross-medium and genre art over the past thirty years, it is likely he will become an underground legend. This may have occurred already, yet given his reclusiveness, it’s unlikely he would notice." -James Curcio, author of Fallen Nation, Join My Cult and The Immanence of MythLinks: