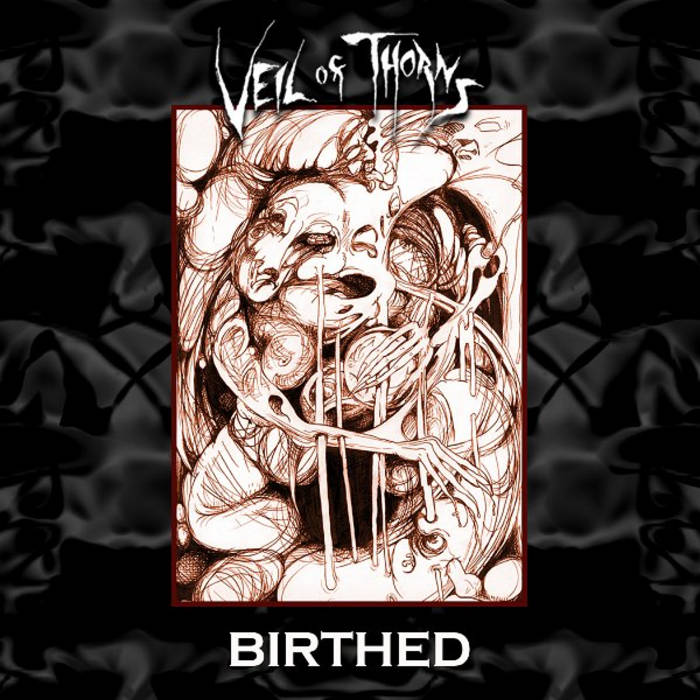 AGOP It seems that Veil of Thorns can create an album that puts most dance, goth and industrial to shame. Favorite track: Souls.

Within the tracks on "Birthed", a CD by Veil Of Thorns, you can hear parallels to industrial bands such as Pig, Razed in Black and Nine Inch Nails and, more often than not, you can hear the pure creativity of P. Emerson Williams. Anything created by this man, the brain behind Choronzon (black metal tinged with experimental, ambient and industrial edges) , you would expect to be eclectic and creative. It's his trademark. Herein you'll encounter thick, pummeling, distorted spears of electro/guitar industrial, D&B, goth, dirgey slow industrial moodiness, etc., etc., etc., etc., in fact, etcetera ad infinitum. What's persistent in Williams' smooth, creative and original fusion of various elements is the sustained tone and mood, like that of a soul resigned to nihilistic fate. None of Emerson's creations are quite like anything else, even when you're hearing touches of something else in there. His fierce originality score another point for the underground.