Choronzon - A Becoming Need Of Fire 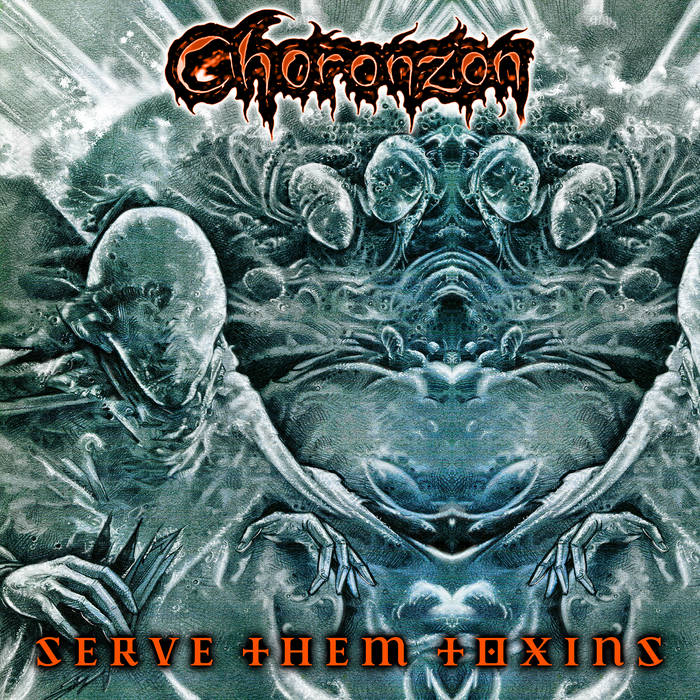 There is much going on in the Choronzon camp, wielding chaos in ways those who seek control fear in their very subconscious. A consciousness becoming-fire exploding lines of flight...

The focus here is on groove and feel, the obscure sense of dread this year has brought. The intention was to bring a feeling when confronted with an enormous catastrophe and the stages of being overwhelmed, then angry and finally determined to overcome. Early influences like proto-metal, Maggot Brain by Parliament, and the use of reggae beats is part statement, part inspiration.

A simultaneous revelling in and recoiling from a cosmic horror laid bare to an unprepared consciousness. Parallels are drawn from witnessing the sheer scope and persistence of human folly and hubris, like a phenomenon of the death drive as precursor to the heat death of the universe.

Could be misanthropy, or just an observation. The desire to see the world burn and to dance in the ruins. The return to normal seen as a horror as great as that which is invoked by visions of disaster, and the great unravelling of society. Technocracy calcifies, dogma rots, established orders decay.

Who, What, Why of Choronzon

Since the late 1980’s CHORONZON has been making the marks of a thousand knives in a world that is not often seen by the mainstream media. Down a singular path CHORONZON wandered lands never previously seen to reach across to their associate chaotes in a multi-media fashion that only became possible since the turn of the century. Chaos is CHORONZON's jumping off point, discord the quantum waves and the ripples therefrom are the patterns imposed on chaos as the work filters though ears and crania. The act of listening continues the act of creation in that sense.

Choronzon is a demon or devil that originated in writing with the 16th-century occultists Edward Kelley and John Dee within the latter's occult system of Enochian magic. In the 20th century he became an important element within the mystical system of Thelema, founded by Aleister Crowley, where he is the "dweller in the abyss", believed to be the last great obstacle between the adept and enlightenment. Thelemites believe that if he is met with proper preparation, then his function is to destroy the ego, which allows the adept to move beyond the abyss of occult cosmology.

Choronzon is not an "occult themed" project. It IS the thing, it is not merely about it, or influenced by it. Each 'album' or 'working' that is offered represents actual, protracted effectuations - some to create, some to destroy, and some are aimed straight at YOU, ALONE, who first see and hear the audiotextuvisualities - which are the Power, not merely a symbol of it or pathway to it. We open the sacred to the profane, and let them mingle. But that which was too much decried and described in past times require new codes, to protect its Current and its Codex. That which was open will close, that which was shut down will open out. Prediction is futile. Give up. But "give up" properly... "Those who know don't tell. Those who tell don't know."