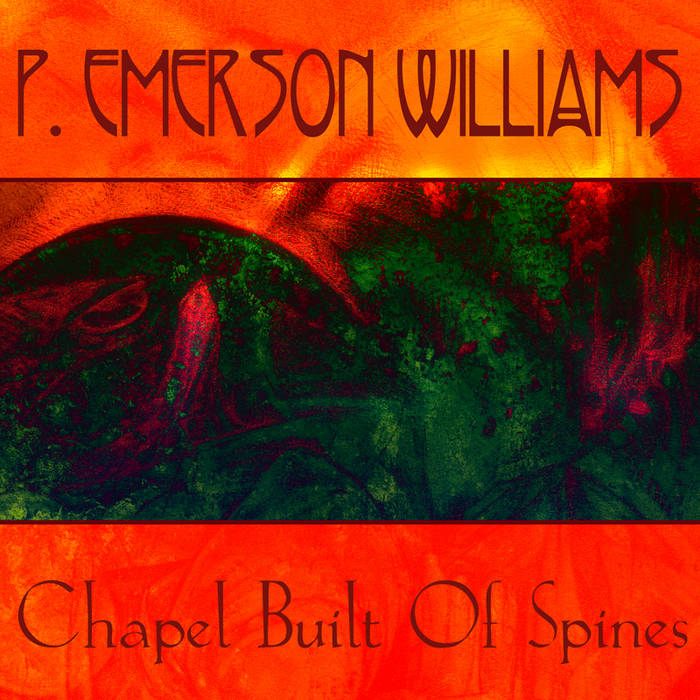 Bringing together the acoustic guitar driven methodology of 2014's Luminous and his well-received ambient work, with Chapel Built Of Spines P. Emerson Williams uses the sounds of his voice, 12-string guitar and cello and modifies them into near kaleidoscopic diffusion. On the title track, the sedate atmosphere contains and gradually reveals the more ominous energies hidden beneath. Alive (Fear Sleeps) opens the gates and lets the gathering forces out. Then on the concluding track the listener is left unsheltered, open to the Vault Of Stars.

The tracks of Chapel Built Of Spines grew out of the process of creating visual work to illustrate the writing of some of today's most exciting authors of speculative fiction. There have been hints of narrative elements in all Williams' work from the start, and working with authors, publishers and magazines in the realm of horror, science fiction and speculative fiction has served to amplify this.