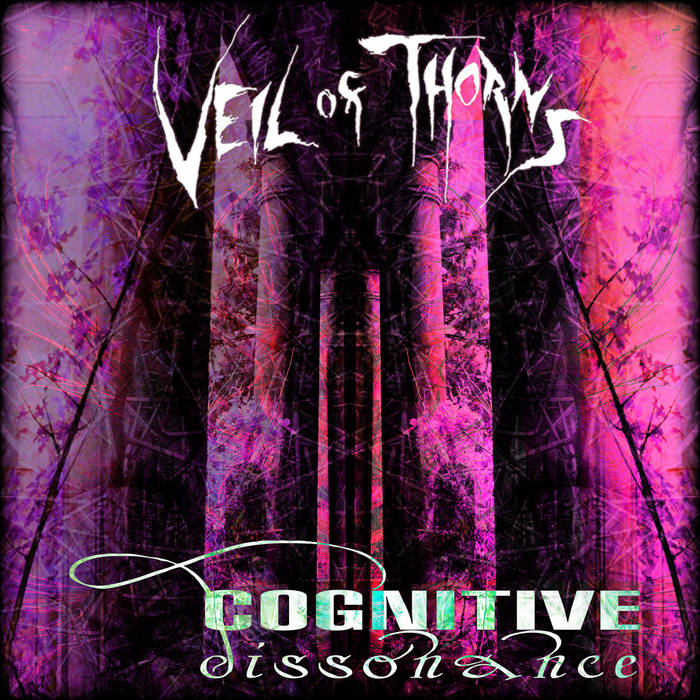 AGOP The first VoT album I heard. I was hooked from then on. This band combine so many styles with such cohesion. Truly amazing stuff. Favorite track: The Enigmatic Rarely Atone.

Down-and-dirty, dark retro-futuristic music - Veil of Thorns cover Every Veil of Thorns song so far contain lyrics in the form of dreamlike fragments making one continuous tale. Cognitive Dissonance brings some of the underlying structure into focus. While they wove their tale they listened to the stories of others. In the spirit of our times they collected many apocalyptic tales. Ragnarok, Armageddon, the end of one life and the beginning of another forms one side of this archetypal narrative. Tales of the death of the ego, of the body, the breaking down of a belief offer a more insightful view.

Coming off collaborations with Gaia-conscious Industrial cabal subQtaneous and Norwegian post Blackmetal band Manes, Williams took the experience of working with such gifted and unique artists and has re-emerged with a stronger and darker vision. Lyrically encompassing two universes and two realities, this tight and spare album ends up being more expansive an experience than anything Veil of Thorns has released before.

Cognitive Dissonance marked a return to the classic style of classic Veil of Thorns. People found they could dance to it, but it required having been trained by Martha Graham or Twyla Tharp. Online and college radio picked up some tracks, a couple put the entire album into rotation. As P. Emerson Williams has been putting the finishing touches on the kkoagulaa debut, "Aurum Nostrum Non Est Aurum Vulgi" he is well into the writing process for the next Veil of Thorns release.

"...pushes the envelope, shakes up the status quo, and demands attention." -Gothic Beauty

"This is their most stylish work, but some of the thorns have an extra edge." -Mick Mercer

"This is where Rozz Williams and Marilyn Manson merge in an Event Horizon singularity." -Corazine

"...they brew up a dust storm of tight-but-loose guitar riffs and driving, nervy, drums...half way between a lament and a threat." -Uncle Nemesis