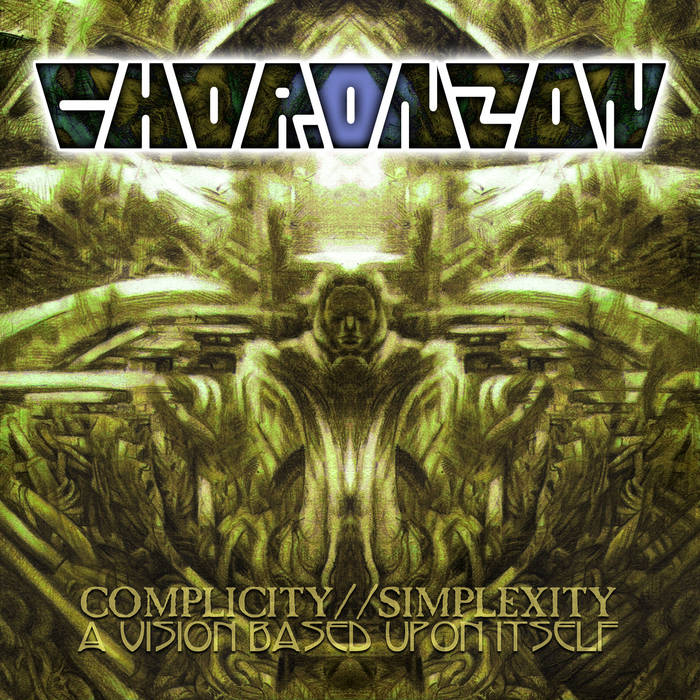 The music is an entirely new genre: Xeno, meaning from somewhere else entirely, and it certainly fits. Choronzon is said to actually create it alongside the two three-dimensional members, and when hearing it, one might not have that hard time believing it. The sound is a sort of "industrial psychedelia" - or would that be "psychedelic industrial"? - evolving constantly, and containing weird, disembodied, barely imperceptible voices male and female weaving in and out of the noise, voices that seem to say different things upon subsequent listenings. It's the digital equivalent of "electronic voice phenomenon", or EVP - that "voices of the dead" trip that was a bit of a fad with the seance- oriented crowd in the early 20th century; Thraam says we can either think of it as some kind of techno-glitch or as the Voice of Choronzon, it matters not. It's pretty obvious what she thinks.

The other strange thing about this act is the natural disasters. Thraam's initial project - referred to on the site as "Choronzon West" finished its first album, Zero Divided by Infinity - 45 minutes before the Loma Prieta earthquake which shook her home city of San Francisco to the tune of 7.0 on the Richter Scale. Her occultist friends started giving her wide berth around then, but it was still regarded as "a weird coincidence." In 2005, the combined Choronzons first opus, a double album called New World Chaos, was completed on the last day of August, 2005 - the day Katrina went aground- not only that, but the area struck by the hurricane was positioned right between Choronzons East and West. The two creators must have felt something strange about this, since they devoted several months' worth of sales to the Katrina relief funds. New World Chaos is a documentation of several "effectuations" or rituals done as psionic war against the Con (or "Overcontrol") and included a strike on Bohemian Grove in July ("Weaving Spiders") and a very weird melding-together of unlikely bedfellows - Tanya Hearst and Karl Rove ("Buttonpushers".) The other half of the album ("Complicity Simplexity) is less meta-political, more metasexual, and seems to revolve around experiences with xenodimensional incubi and succubi (like, perhaps, the namesake, maybe?) "Undergoing Overcoming" stands out hereâ?¦the pounding of a tympani and Williams' layers of growly cryptic vocals urge on the shivers.

Who knows what these crazies will do next? Or what disaster will subsequently strike once they do it? With all the truly uninteresting music out there, with seemingly no reason to exist, if you seek the truly weird, not the "weird-just- to-get-attention" you will want to look here.

. A Vision Based Upon Itself .