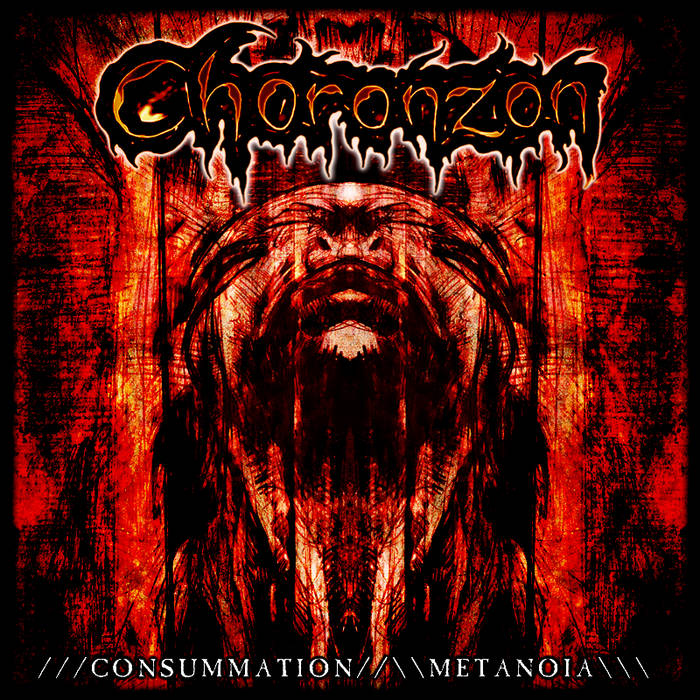 Just in time for the apocalypse and completed as a major storm makes landfall on the US East Coast comes a new album from the chaotes of Choronzon. The Consummation of metanoia is the pain of the psyche growing into new states of being. The Consummation of metanoia is the overwhelming transcendence even of healing to a transformation beyond the human to the essence of being human. A joyful opening to psychosis as means of preparation for easier adaptation. An embrace of fragility as a way to feel the full force of one's strength.

With ///Consummation//\\Metanoia\\\ Choronzon completes a creative and narrative arc that began with Ziggurat Of Dead Shibboleths. The code of esoteric insight broken, freedom declared under cover of night and now the mind is transformed and chakreas are open. This album is the Veil of Maya lifting as the inner being is revealed after many lifetime's of journey through war and illusion.