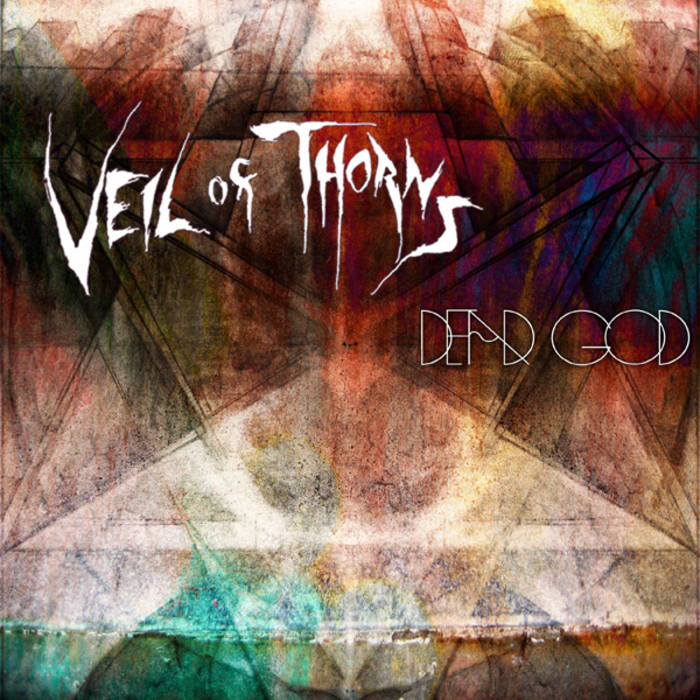 Opening proceedings on this one is a perky pop confection that will probably catch those who have been with us for a while off guard. Dead God consists mainly of a cassette rip of the third Veil of Thorns demo from 1992 that was never released. This opening track shows one immediately what a rock solid bass Cathy Chenoweth delivered in recordings and live. Here appears the many splendored pounding from Ruddy Bitch the Younger for the first time. That Emerson guy, well he moans and wails, on guitar he flails over hill and dale... Final track features a thunderous low-end bass apocalypsis brought by Christopher McClain.

Torrenters, and there have been many of you for these tracks, will notice there's a close match between Dead God and a release called The End of the Beginning. I figured I'd give this one one last go at cleanup on the sound and add in a couple tracks from The Dead God Sessions from the second lineup that aren't alternate versions of tracks from Cafe Flesh. I the result is a more solid experience, though still undeniably lo-fi and different from all other Veil of Thorns offerings.

Few people heard The End of the Beginning this at the time and none heard The Dead God Sessions outside the inner circle and Tiziana from Misanthropy Records. Raw recordings from rehearsal and pre production demos for the debut Veil of Thorns album in 1995. The Dead God Sessions tracks were recorded live in a single take in most cases, using two mikes, placed at either end of a 30’x30’ rehearsal room in Boston. The analog recording was extremely hot, so little compression or noise reduction was done.

Within days of the conclusion of the End of the Beginning recording sessions, Jarrett was gone and Cathy was on her way to New York. Christopher (Dogface) McClain was to step in and Veil of Thorns would start showing a new focus. McClain brought with him a massive bass rig that could raze small towns. In performing the title track live I would stick my head and microphone right in the speaker of the bass cabinet to add that overload of volume to the screaming at the end. Good times.

Already the vocals were less operatic, and there is even a hint of pop songwriting, something that was not to be revisited until much later on Birthed.