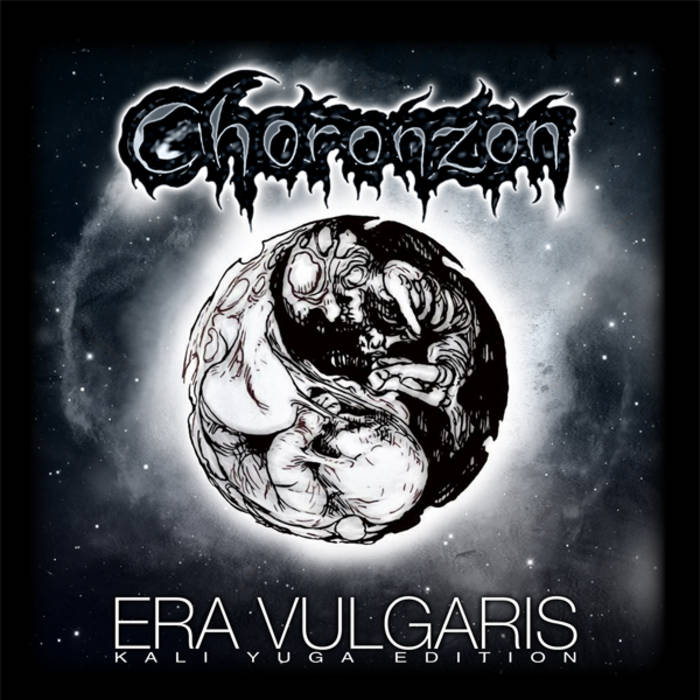 AGOP Quite possibly the best black metal release of all time. The reissue contains the tracks from the illusive Larvae album. Favorite track: Torn.

ERA VULGARIS remains one of the most notorious of all CHORONZON albums. The natural successor to MAGOG AGOG, their debut (we have the last remaining copies...), with a palpable alien presence throughout that snapped some necks at the time. Thee hallz ov blackmetal at the time were not fortified to handle the vibrations of this futuristic black industrial assault, but the few, the brave sought out its sounds. But even fewer heard all the tracks from the sessions for ERA VULGARIS, some of which were released in an exceedingly rare CD as LARVAE. Copies of ERA VULGARIS go for $40.00 or more, copies of LARVAE are closely guarded and held on to as are copies of the special 2xCD + book edition of PANIC PANDEMIC.

If you pre-order both disc one and disc two, or even the digital version of the ERA VULGARIS KALI YUGA EDITION you will get an immediate download of the entire album. The finishing touches are being put on the accompanying art/lyric/grimoire book for print and ebook editions. The download version directly from PANICMACHINE will contain the ebook and an extensive number of videos and pre-sale purchases of double CD and/or print book come with free download of the album and as with all CD sales this month, you get free download tickets for any of our digital releases through the end of July!