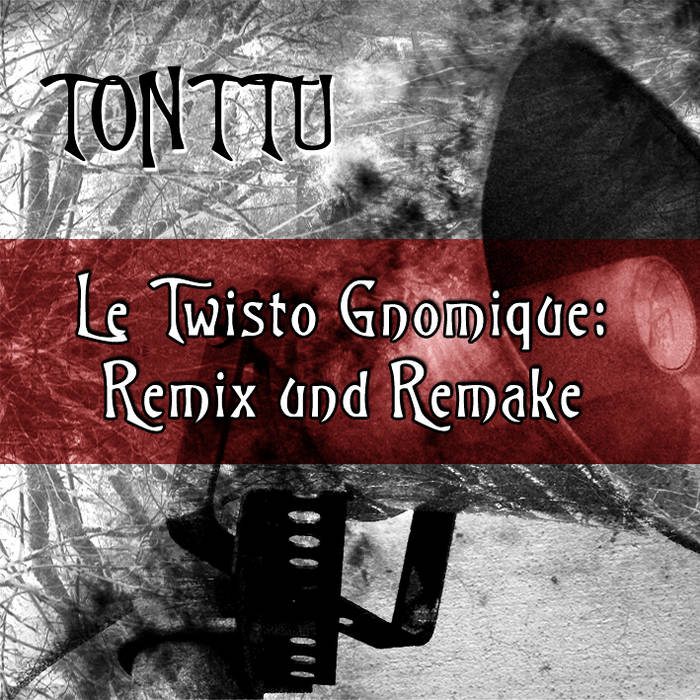 ...While TFG was out of the game, these brave people decided to take matters into their own hands, keeping The Legend and The Propaganda alive. Not caring for their own safety, they resisted the evil gnomes and thus made the world a better and safer place for other people. Let us honour their courage and humbly listen to these works of Anti-Gnomic Art!

WORD according to TONTTU:

Music should be made by these rules as follows:
Gnomes will get offensive and aggressive as they listen to it, sympathizers shall run for their lives and seek for the cover...

That is what good music is like and makes it easy to spot those vile destroyers of all that is good.

If you need an example of such a purity in music, look no further!

Saunatonttu (Rotting Tonttu Version)
Performed by A GArden of Pomegranates

A Garden of Pomegranates
www.facebook.com/pages/A-Garden-Of-Pomegranates