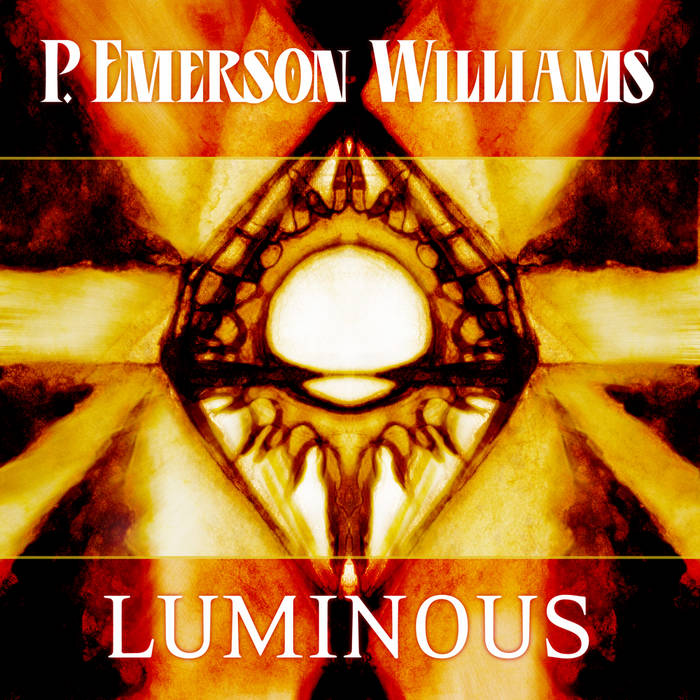 Picking up from where he left off on 2013's Det Er Stille Under Vatnet, Luminous takes the single acoustic guitar arrangements of the previous year's album and expands on it greatly. As the Sea Of Eyes EP, on which P. Emerson Williams collaborated with Mark Cunningham showed, what we have here is anything but stripped down, as one may expect with arrangements of one or two instruments. The Sea Of Eyes EP was a triptych carved of sound that used the same source material each of its three parts. In audio and temporal space the central panel came first, followed by the extension, or distension on either side of the center following. while still sticking with the one instrument to make all the colours of its arrangements.

On Luminous Williams brings the findings of experimental explorations into a new musicality where experiment is allowed to mature into method. Raw acoustic guitars are layered with other guitar textures manipulated to the point of synthesis creating a vivid space for the voice of P. Emerson Williams to inhabit and explore.

Fans of P. Emerson Williams' silent film scores, those who responded positively to his performances with Jarboe in the US and Europe in 2013 and fans of Williams' long time band Veil of Thorns will find something to appeal in the distillation of these various approaches to be found in the tracks of Luminous.