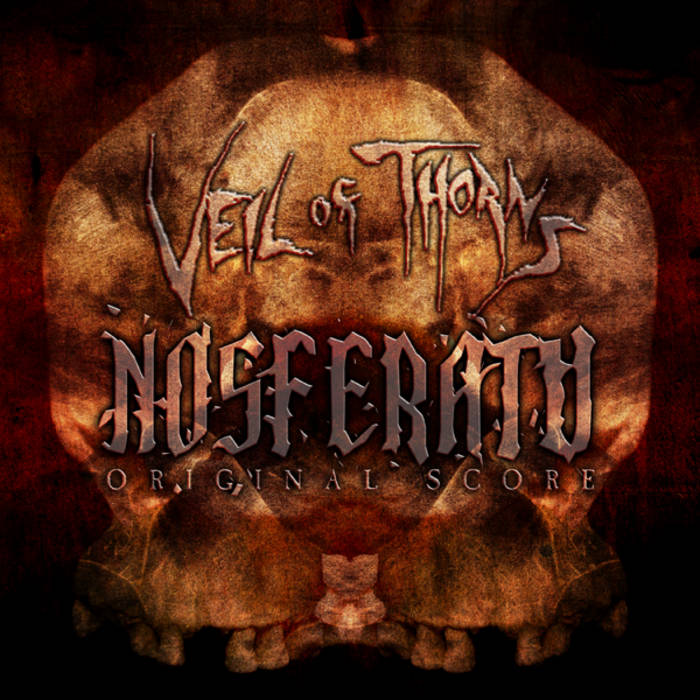 Because P. Emerson Williams can leave no idle idea alone, he created a soundtrack to "Nosferatu, a Symphony of Horror", the silent masterpiece by F.W. Murnau. Dozens of folks have done the same, but we're proud to present this version.

The approach was inspired by the Dogme 95 manofesto. Now, using so much technology probably makes it anathema to its adherents, but Emerson's mode of working is never pure, but, Harmony Korinne fanatic that he be, he felt an affinity to the movement. Several obstructions were placed on the process. The first rule was only to use sounds he already had on his hard drive. This was easy, as what he had taking up space were the audio tracks from the Veil Of Thorns album he had just completed (Manifestation Objective). What you'll hear is 90% vocals with much less processing than it sounds like. Secondly, he gave himself a time limit of eight hours to create and sync the audio to the video file. "It actually took longer to render the movie than it took to write the music(k)", saith P. Emerson "which was fine, as I had lots of drawing I wanted to get done."

For those few of you who haven't seen countless versions of this film, here is part of the wikipedia entry:

This was the first film of the production company Prana-Film GmbH; it was also the last as they declared bankruptcy after Bram Stoker's estateÃ¢â‚¬â€acting for his widow, Florence Stoker sued for copyright infringement (plagiarism) and won. The court ordered all existing prints of Nosferatu destroyed, but a number of copies of the film had already been distributed around the world. These prints were then copied over the years, resulting in Nosferatu gaining a reputation as one of the greatest movie adaptations of the vampire legend.