Veil of Thorns - As The All Goes Asunder 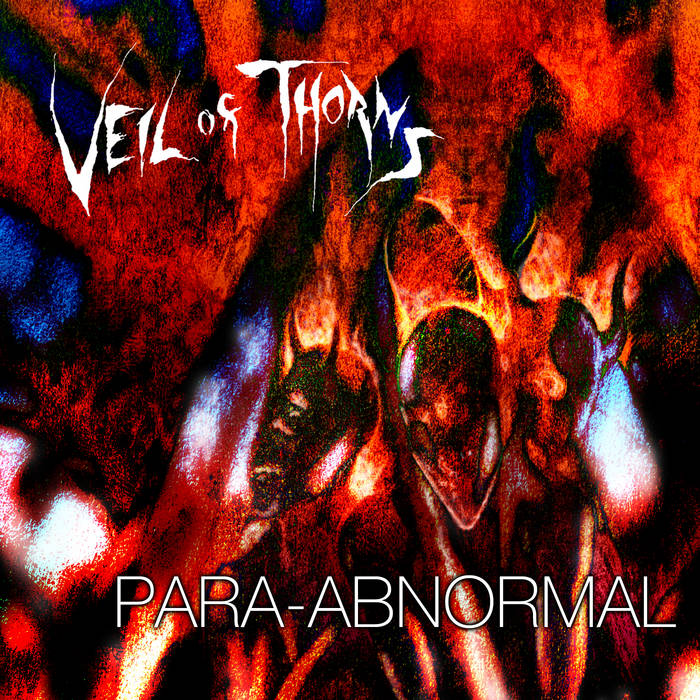 2013 sees the release of the 13th Veil of Thorns album titled Para-Abnormal. Fans of the retro-futuristic Cognitive Dissonance and the tribal gothic fever dreams of the twin albums Necrofuturist and Salon Apocalypse will welcome the way Para-Abnormal synthesizes these disparate threads of Veil of Thorns art. This is post-punk with a defiant heart, its world decidedly dystopian but the souls dwelling hterein face this world undaunted. Cold camera eyes are on every inch, infrastructure collapsing, but the survivors are having a party in the ruins.

The solidity and assuredness of the drums supplied by James Curcio (Hoodoo Engine, Babalon, subQtaneous) and P. Emerson Williams coaxed many strange sounds from an electric-acoustic 12 string guitar. The process of writing on Para-Abnormal was a very spontaneous one, with grooves inspiring syncopated guitar parts and lyrics the cut-up impressions of a world gone mad as any creation reflecting the current state of human affairs would have to be.

Veil of thorns started in Boston in the late -80’s, when the number of Goth bands in town could be counted on one hand. Stark, angular post-punk songs give way to spare jazz-inflected tone poems that lead back into sanguine deathrock dust storms. Throughout the -90's Veil of Thorns gigged extensively in New England with a few revolving spots in the lineup. In the period between -94 and -98 they played on bills such bands as Cruxshadows, Judith and This Ascention. Many of the gigs included guest players and extensive improvisation.

"...pushes the envelope, shakes up the status quo, and demands attention." -Gothic Beauty

"This is their most stylish work, but some of the thorns have an extra edge." -Mick Mercer

"This is where Rozz Williams and Marilyn Manson merge in an Event Horizon singularity." -Corazine

"...they brew up a dust storm of tight-but-loose guitar riffs and driving, nervy, drums...half way between a lament and a threat." -Uncle Nemesis