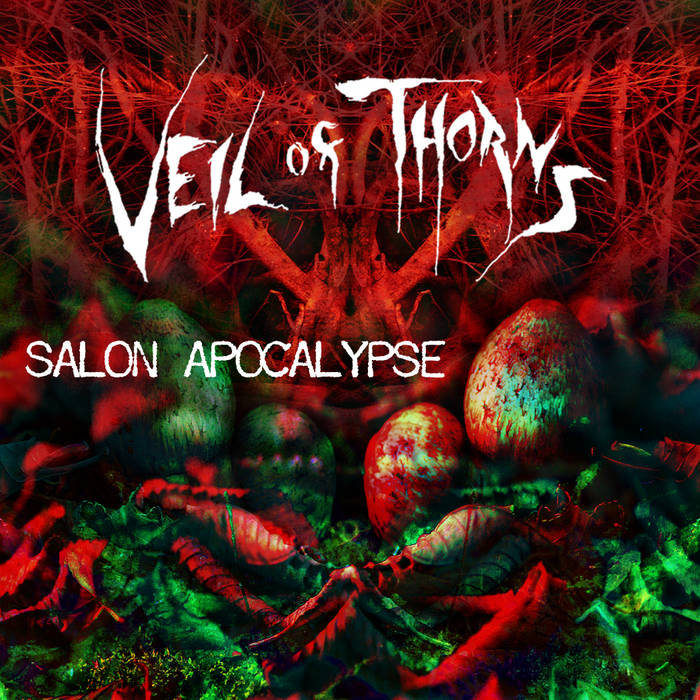 Both "Salon Apocalypse" and NECROFUTURIST grew out of the process of working on “The Abattoir Pages” as part of FoolishPeople. The intention was to finish “Salon Apocalypse“, as the concept I had been working with for this release was in the same realm that John Harrigan tapped into for “Abattoir Pages“. Through countless sleepless nights and days of madness, “Necrofuturist” wrote itself as a further expansion of the studies and current we were working with. I would not have chosen to take on so much in such a short period of time, but I really had no choice in the matter.

“Salon Apocalypse“, “Necrofuturist” and “Abattoir Pages” are inextricably linked, through current and source materials, all preparing the ground for a future work, for which all this work is a mere prologue.

"Both releases are giant steps in a direction one would not have suspected after “Cognitive Dissonance“. In fact, as I go through the Veil of Thorns catalog – this is close to the shift that occurred with the 2003′s “Birthed“." - The Other Sound Magazine

It’s a masterpiece from beginning to end. P. Emerson Williams is brilliant. He is a master musician whose ability to dive into the darkness – while remaining a musician, is unprecedented in our modern age. Where other artists like to rely on shocking lyrics, or cool effects… Williams writes good musick, and plays most of it himself – again “masterfully”. “Salon Apocalypse” is a aural drama played out for your ears. It weaves in and out of a apocalyptic story line that is just out of reach… The musick… ah, the musick. It’s out of reach to. Death Metal, ambient, noise, industrial, hip-hop, vocal…. it’s all there. Seamlessly. Think of it as a production. Perhaps a musical of the insane… but start to finish it’s complete brilliance. Pulling one track out makes no sense, as the release as a whole plays as a complete work. The musick is everywhere (gothick, metal, hip hop, ambient, everything), yet the release is incredibly cohesive. If you are interested in hearing bit’s and pieces then tune into Inner-X-Musick Radio… it should pop up some what frequently. -TheeBradMiller